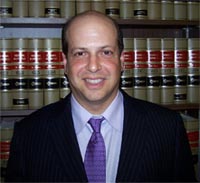 Mr. Rosenberg is Board Certified in Labor and Employment Law by the Texas Board of Legal Specialization and has been practicing employment law since 1985.

In addition to the above, Mr. Rosenberg frequently offers advice regarding:

Mr. Rosenberg also represents smaller companies who want the benefits of a specialist in employment law and civil trial matters, but at a more affordable fee than larger defense firms.

Mr. Rosenberg received his B.A. from Ithaca College, 1981 and his J.D., South Texas College of Law, 1985. He is admitted to practice before the U.S. Supreme Court, U.S. Court of Appeals, Fifth and Eleventh Circuits, U.S. District Court, Northern, Southern, Eastern and Western Districts of Texas.